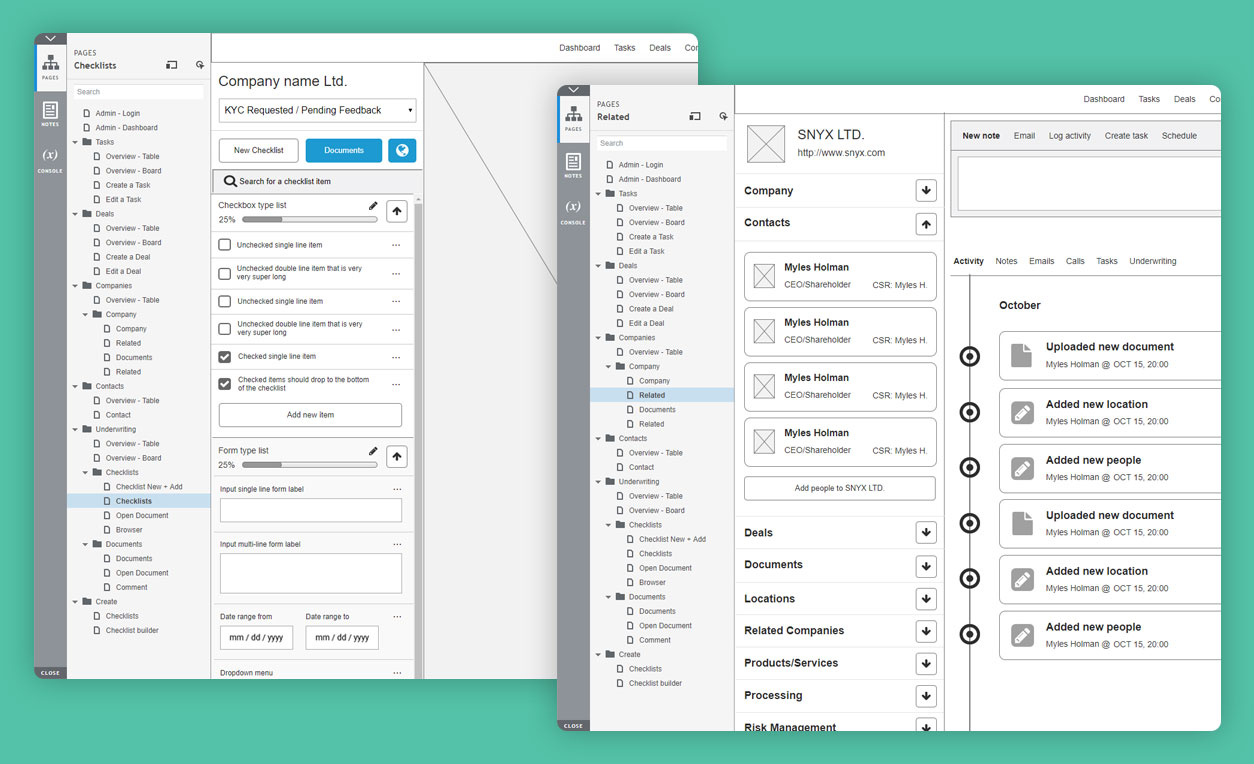 Since they're not officially launched yet, I'll call them 'Codename Z' for the sake of their anonymity. Codename Z rebranded from their previous company to launch a whole new technology package. I handled not only the rebranding of the new company but also wireframing of the new tools, followed by responsive prototyping and production UI designs for development handoff. 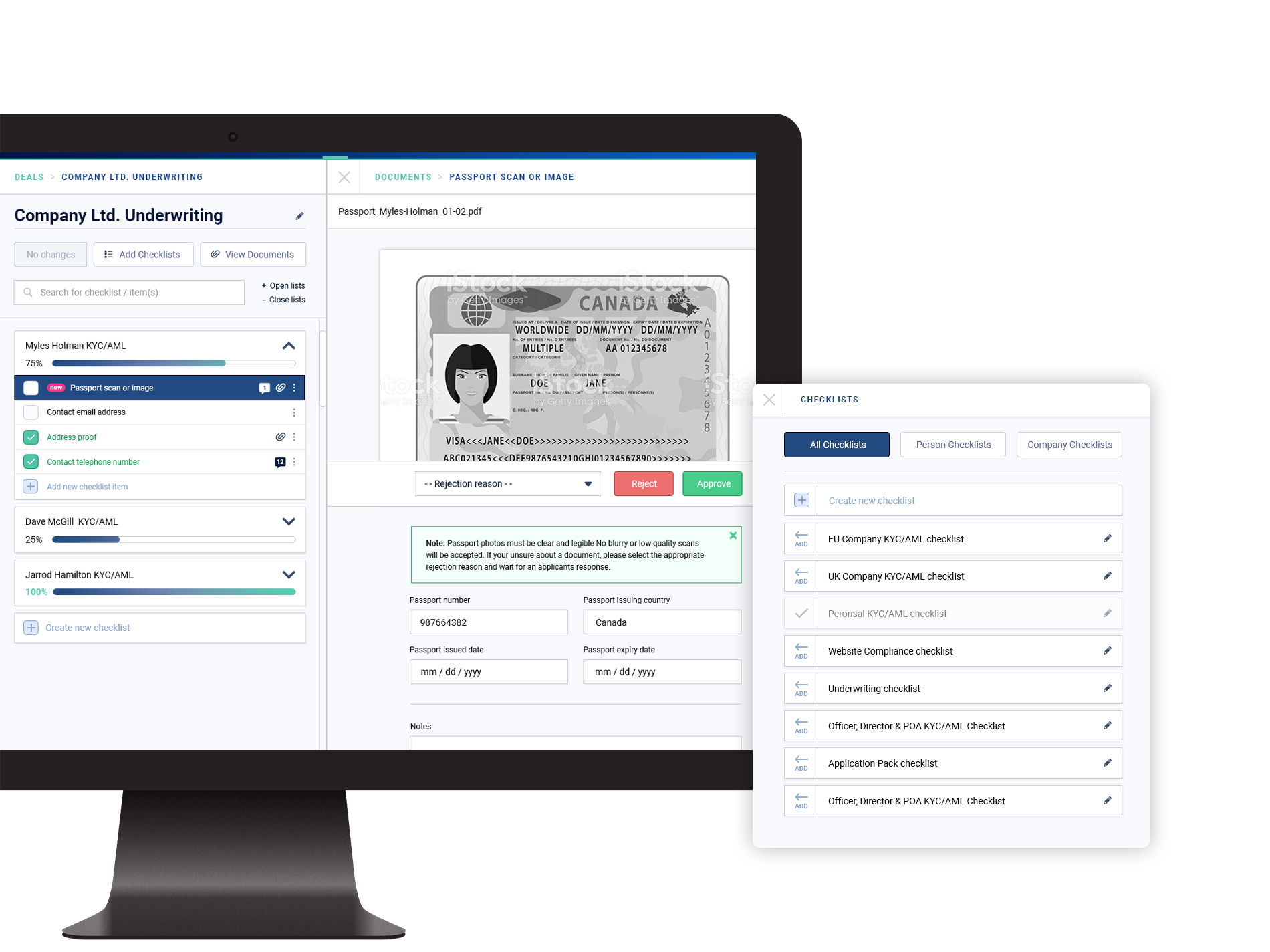 I worked directly with the founder and lead developer. Together, through multiple remote workshops we mapped out the essential MVP workflow and additional phased feature release. Skype video whiteboarding and sticky-sessions were the core of these strategy meetings. From these exercises I was able to plot multiple wireframe revisions and ultimately a working click-through responsive prototype (the blueprints) built in Axure. 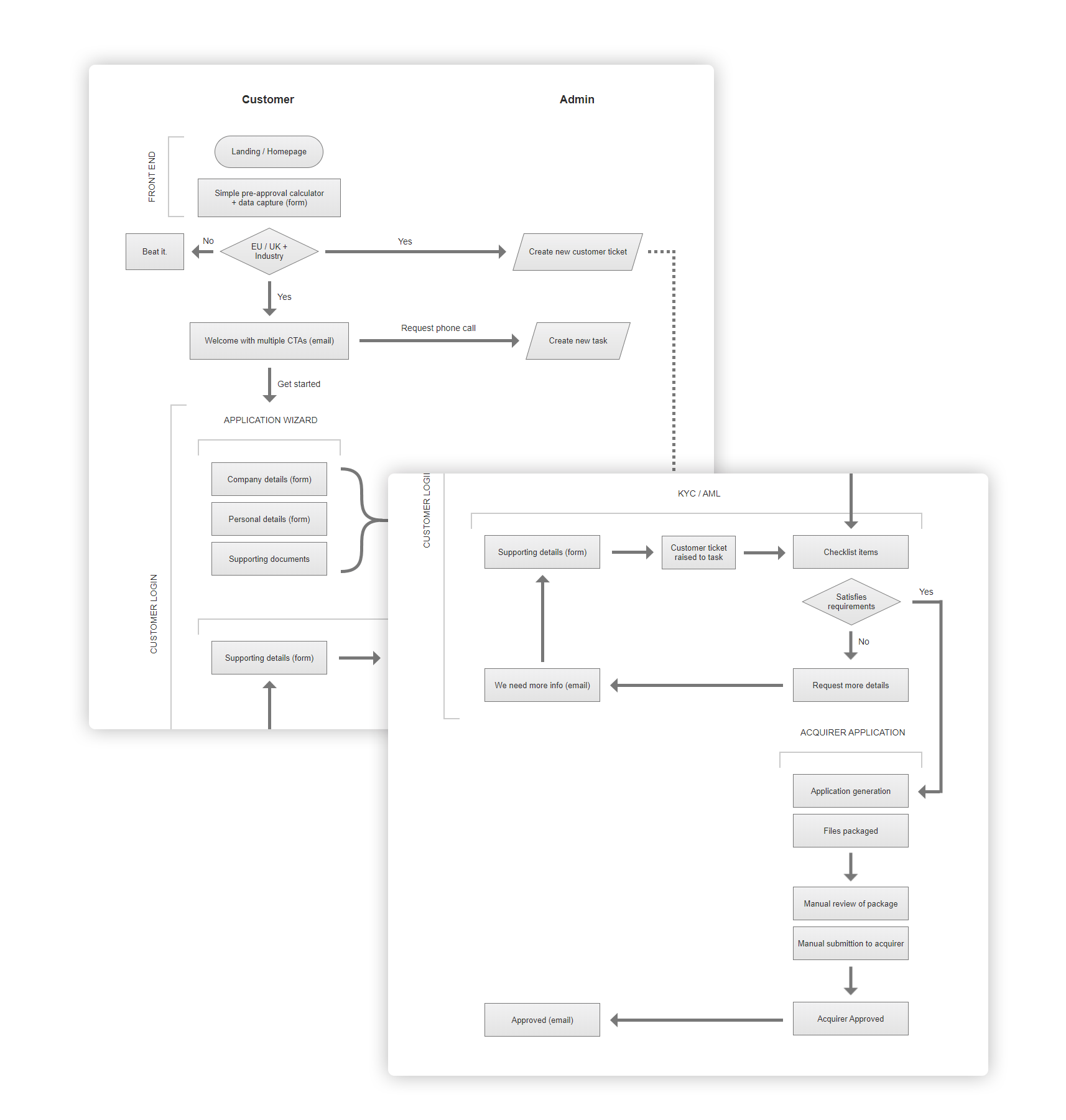 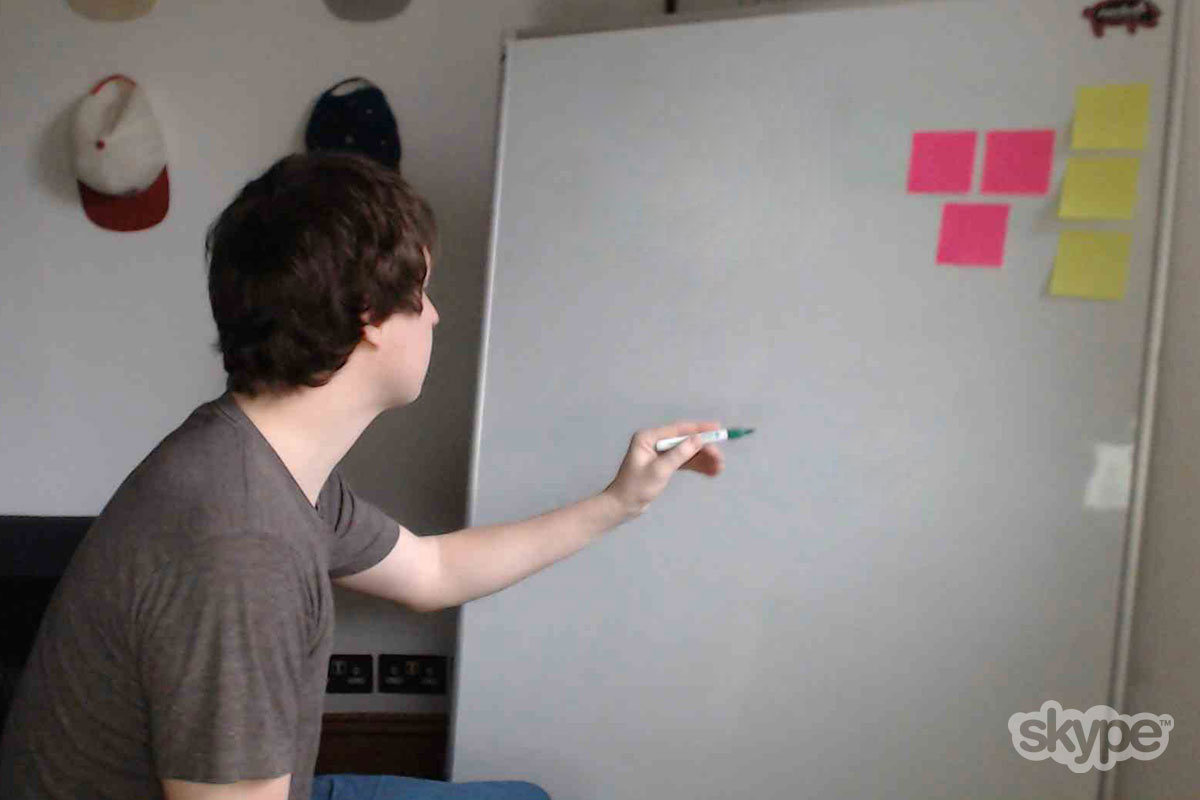 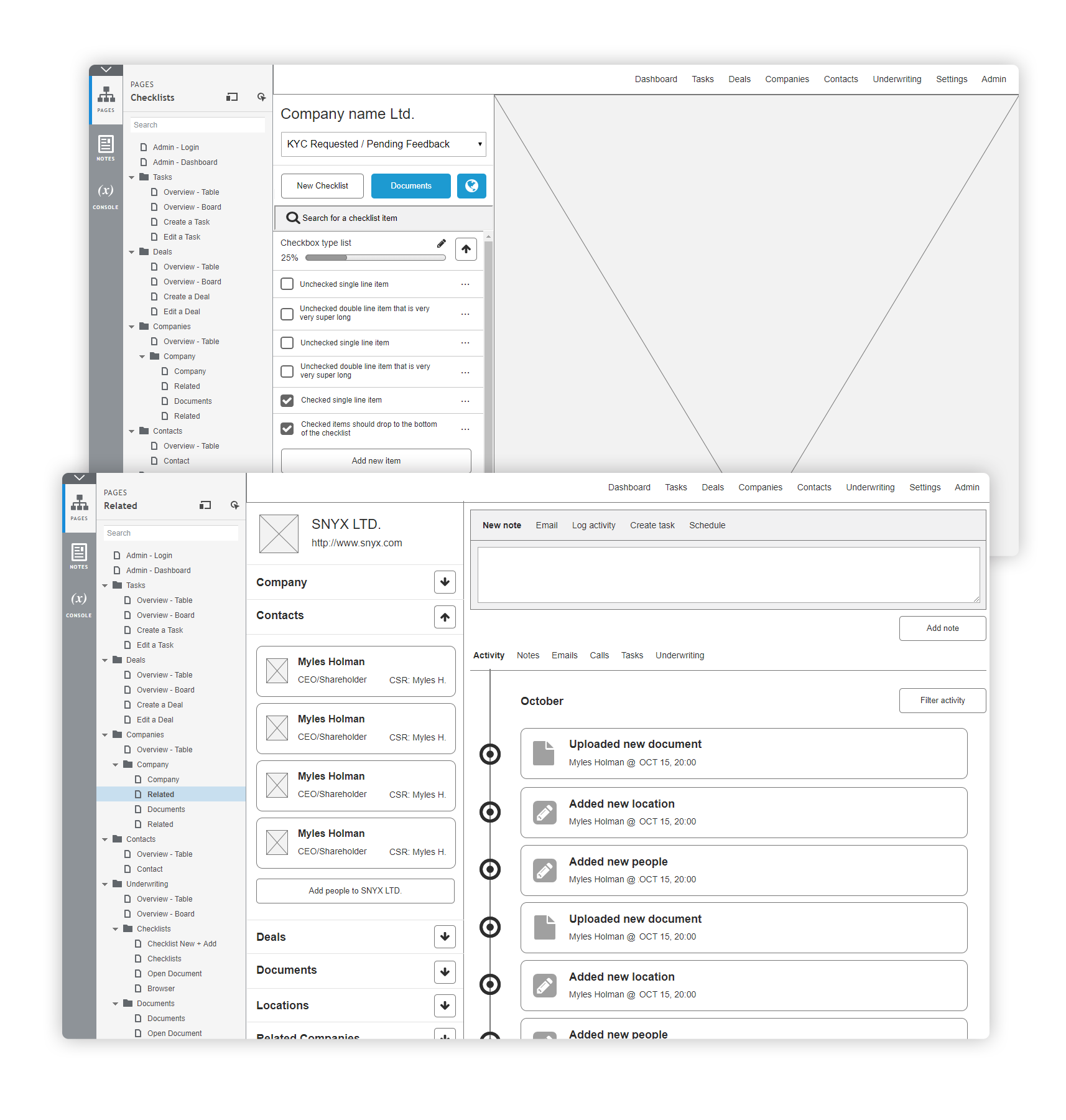 Smoothing the insecurity of merchant applicant onboarding was a major play in this project. Being a payment processor, requesting business financials and company details is necessary for the KYC/AML process. However, these details are often sensitive and can be a major drop-off for new signups.

Baking-in a progressive reward system throughout the stages of onboarding gave the signup user more insight into their projected rates as well as areas to improve on. This offered transparency and credibility along the journey. Stakeholder information, annual turnover and other sensitive details necessary for the approval process were requested behind an account login (with a slightly different UI) to provide a stronger feeling of data security for the potential applicant.

These are some high-fidelity completed UI designs for one of the stages along the onboarding process. 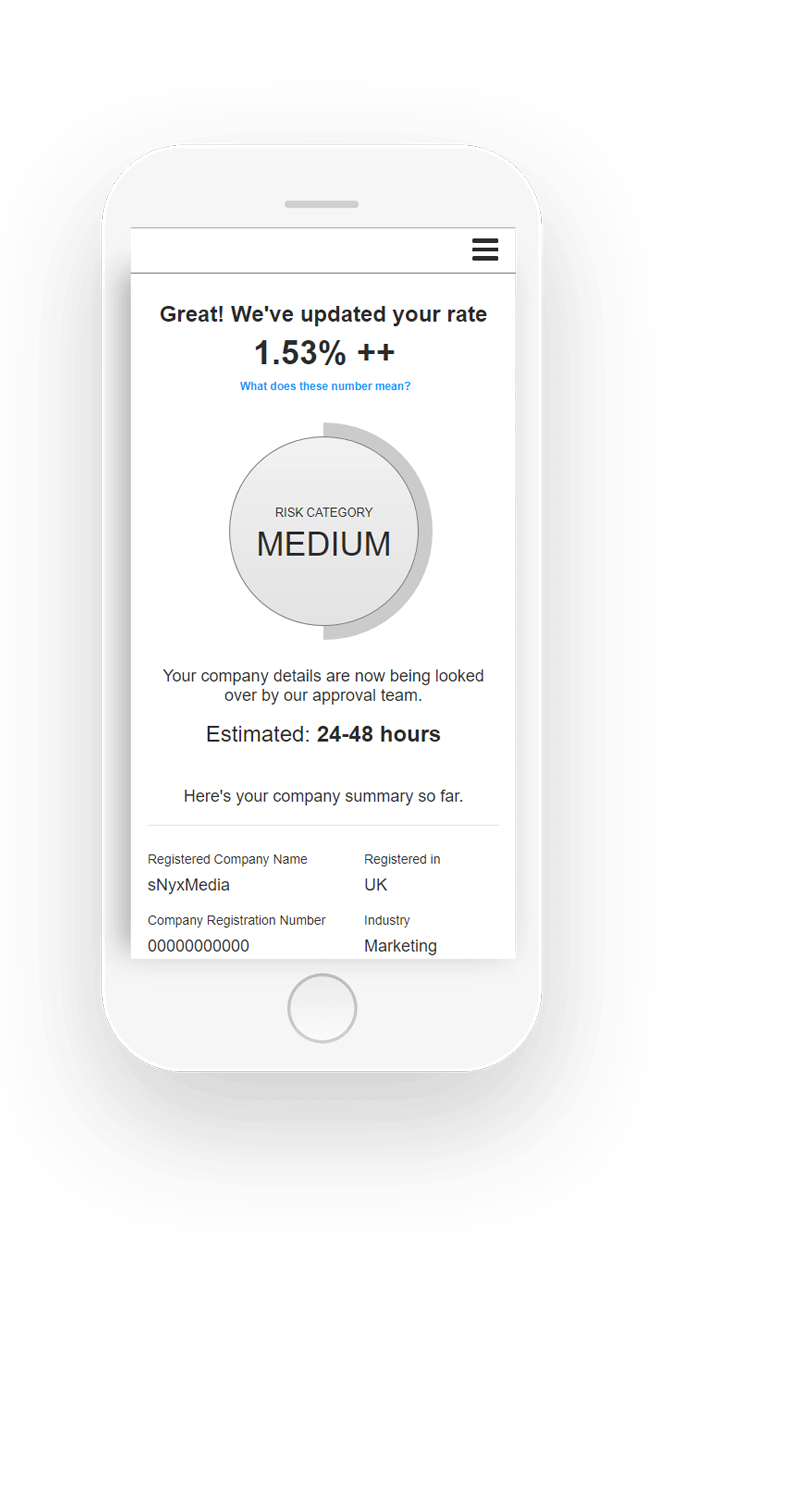 These were the mobile viewpoint of the responsive prototype for the same onboarding stage. 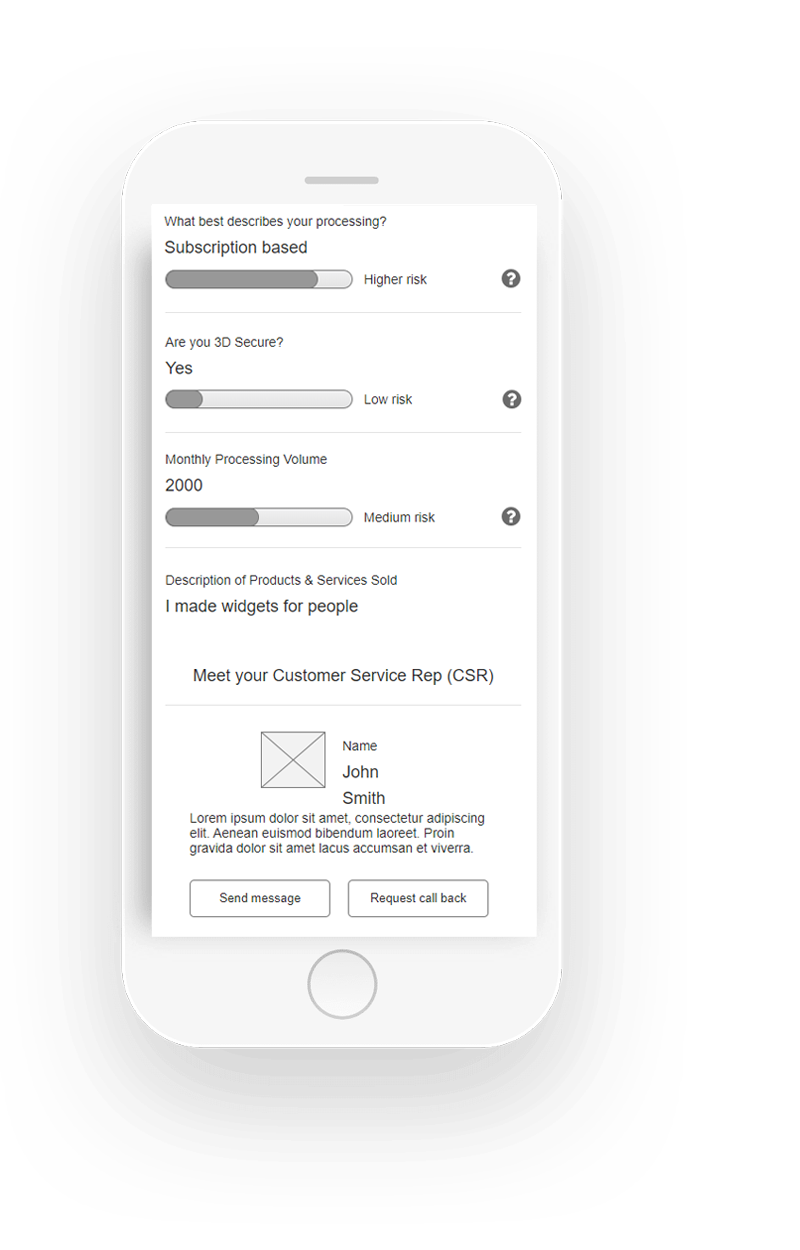 The founder had a vision of the perfect CRM for his business, a single custom platform that could then be managed by a small operations team. Relying on spreadsheets and multiple 3rd party services simply wasn't scalable anymore.

Working closely with the bootstrapping team, through successful remote workshops and team planning, I was able to present workflows into skeleton wireframes into interactive prototypes. This process allowed everyone involved to participate in the design process and ultimately the final production designs.

Unfortunately, since the client remains anonymous until their launch I'm unable to share the branding process. I will update this case study in the future accordingly.